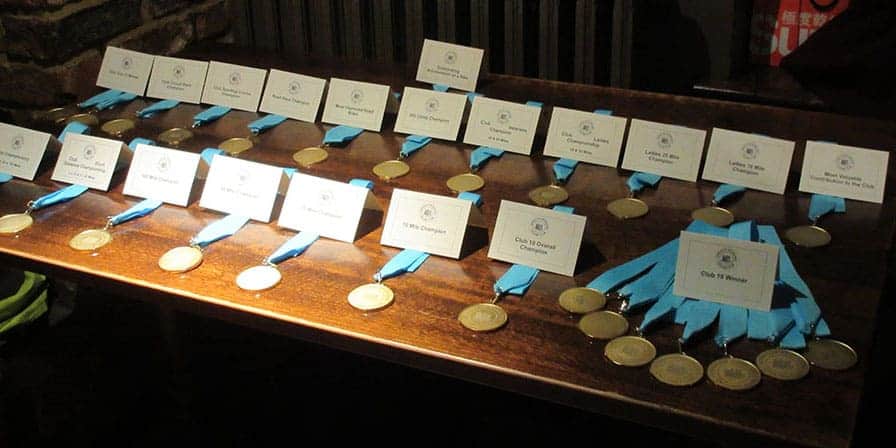 End of Season and Awards Night 2015

A break from tradition in 2015 saw the Kingston Wheelers end of season drinks and awards night take place at the Druids Head in Kingston. At the scheduled start of 6pm, Derek had already been there an hour and set out the medals and labels. This is another break from tradition with the old trophies being retired in place of individual medals, which each winner will be able to keep.
A small crowd had already gathered taking the opportunity to partake in a cheeky burger before the ceremonies began. It was a great showing from across the club and a chance for people to socialise with others who they probably don’t normally bump into whilst doing their own preferred discipline.
Dai did an admirable job of speaking on the night, although Derek did have to take over to present Dai his own award. Andrew Moore must have got tired from collecting all his medals as it seemed that it was nearly a clean sweep from him across the TT accolades.
Many congratulations to all the winners and a big thank you to the organisers for making it happen.
Check out the fill list of winners here