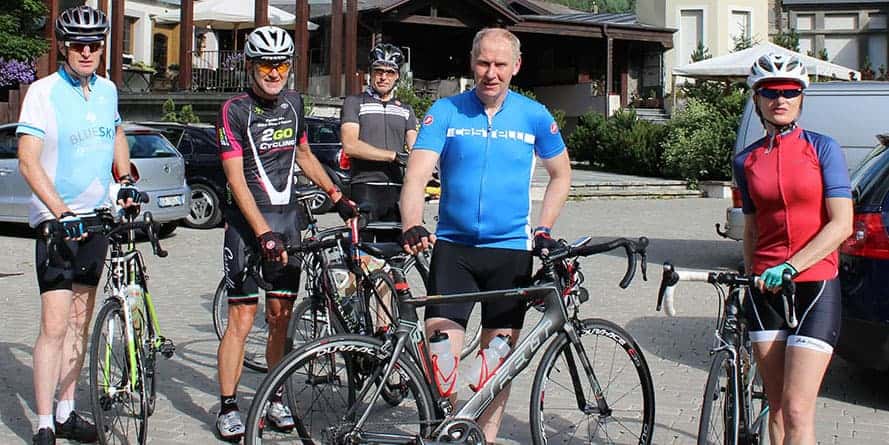 Milan to Venice in Six Days

In July a group of Kingston Wheelers took a trip with Blue Sky Cycle Tours for a six day route covering 680km, passing along Lake Como, into the Italian Alps before swinging through the Dolomites and then down to the Prosecco vineyards just before Venice. Blue Sky guide and Kingston Wheeler member Derek Charlton recounts the experience…
Day 1
We left the Citta Alta in Bergamo having enjoyed an atmospheric night in the old city looking out across the plains from the city walls after a suitably carbo loading meal of papardelle and porcini washed down with a little Barolo. The riding was even more spectacular with the pretty climb up to the Madonna del Ghisello, a chapel decorated in Italian cycling memorabilia, and a descent to the centre of Lake Como to the impossibly beautiful town of Bellagio. After lunch we crossed the lake via a small ferry before winding along the quiet banks of this dramatic lake. Quite a long day in the saddle at 145km and almost 1,000m of climbing but it already felt like we were in for something special.
Day 2
110km with 2,193m of climbing. After a long coffee stop to galvanise our thoughts and muscles we made the ascent of the much feared Mortirolo. Only 12km but 1,300m of ascent with much of it at more than 10% gradient. In short it was a beast but thankfully there are a few water taps on route and near the summit the road eases off and becomes fun – if you have any energy left!
Day 3
The Stelvio. Not much more to say – iconic, tough, magnificent, in truth the real reason that we signed up. Blue Sky stay 2 nights in Bormio so there are a couple of options on how you would like your Stelvio served. For the record we took the short option and climbed 1,300m over 21km to the summit at 2,758m before grabbing some souvenirs and a bit of a rest in the hotel spa.
Day 4
150km with 2,763m of ascent. We really earned our coffee stop at the top of the Gavia having climbed 1,400m over 25km but our day was only beginning. There were two more climbs over the Tonale 1,883m and the Mendola 1,363m but the descents were quite incredible both in their sheer length, the views and the road quality. We were tired but very happy riders when we rolled into the delightful town of Appiano.
Day 5
Possibly my favourite day as we headed to the Sella Ronda region of the Dolomites. The main climb of the day was the Gardena pass, 1,750m of climbing over 38km to the peak at 2,136m. The whole region was full of cyclists from all over the world due to the variety of climbs, descents and truly jaw dropping scenery. We felt very lucky to be staying in a converted old fort high in the mountains with a michelin starred restaurant.
Day 6
A long, long descent out of the Dolomites and onto the plains. There was the short climb of passo San Baldo, 500m over 8km at an average of 7.5%, before a lovely ride through the vineyards of Prosecco and in to Treviso. We had the option of a 20 minute train ride into Venice for the last night but we were very happy to soak up the atmosphere in it’s smaller cousin, Treviso.
For next year, there is an even tougher route over the Swiss alps that I can offer but my suggestion would be to ride Carcassonne to Nice over the Ventoux (751km and 10,990m of climbing) and then return to the Alps after that. 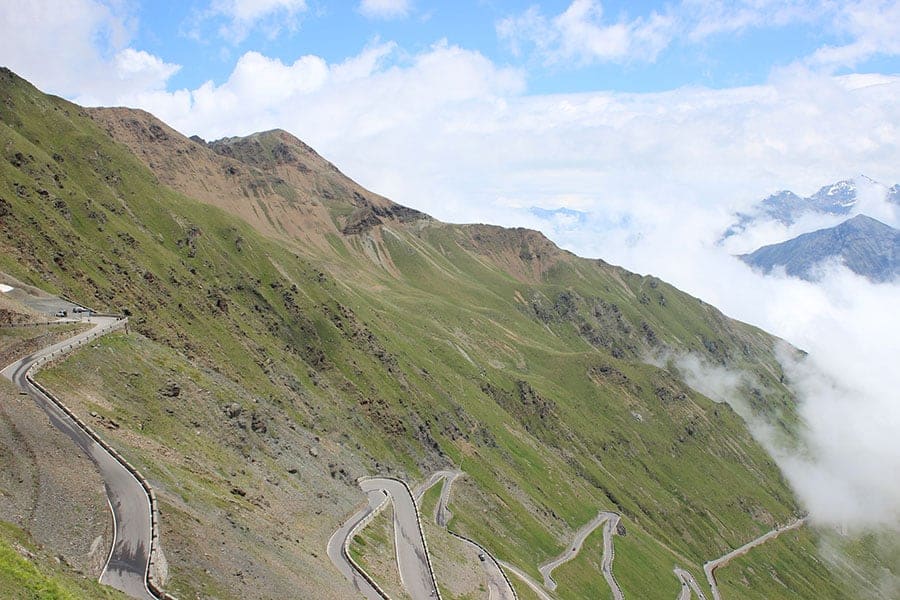 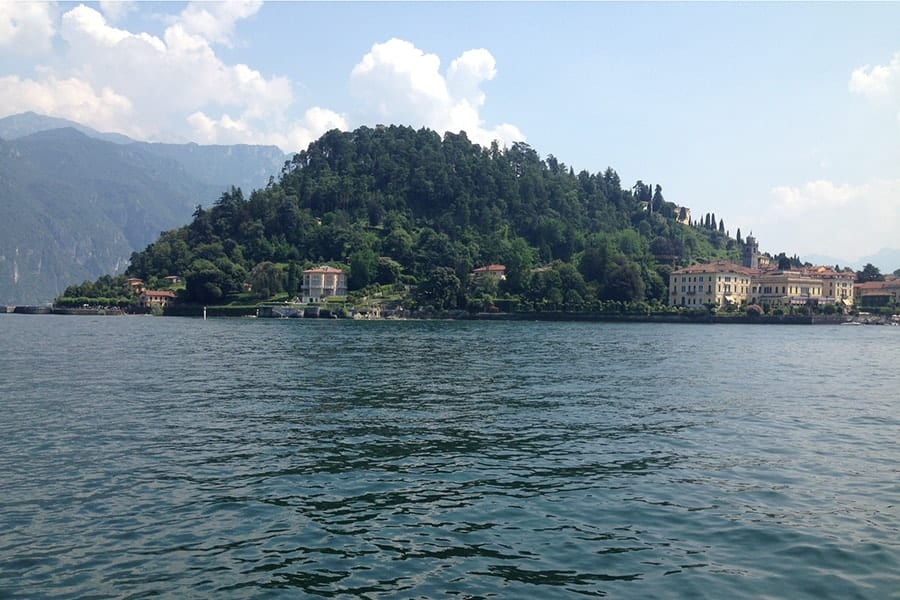 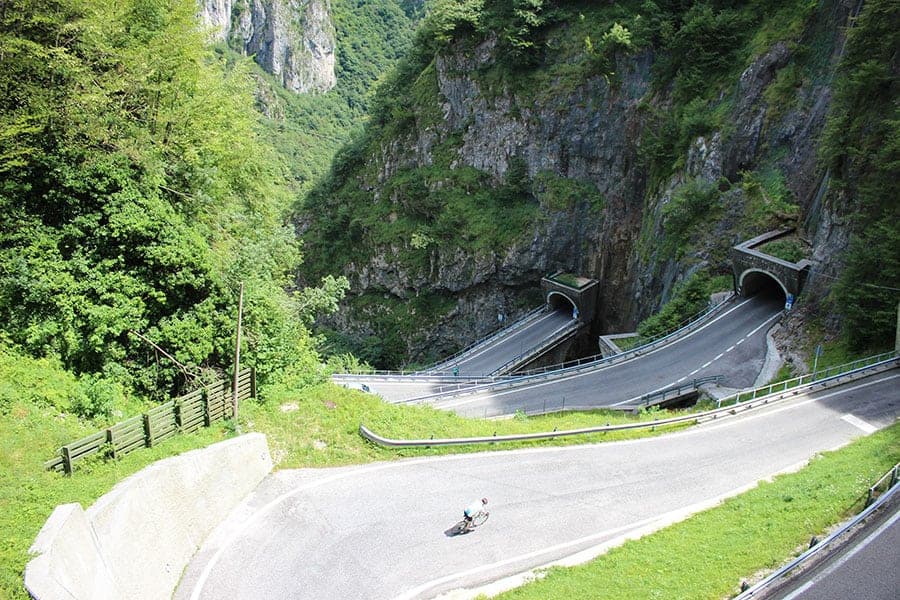 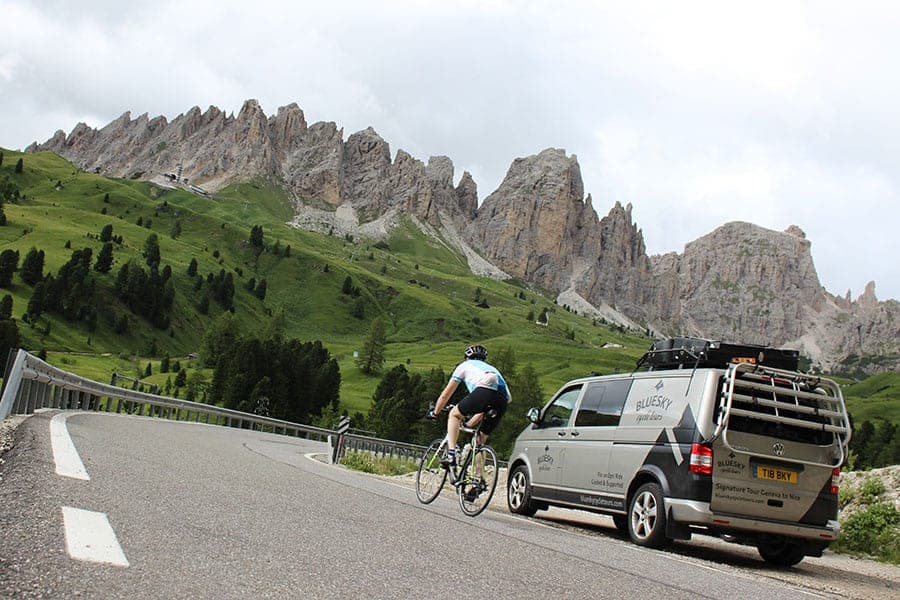