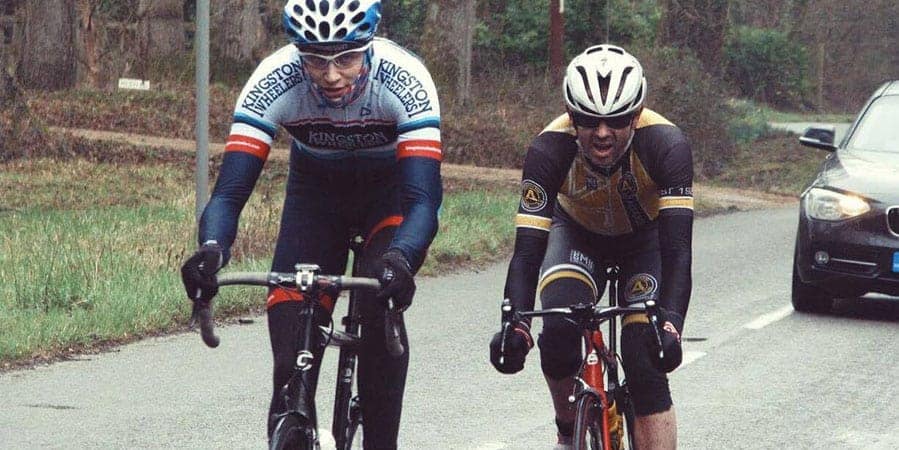 On Saturday 5th March Kingston Wheelers hosted two road races at Dunsfold as part of the Surrey League.
The races consisted of a cat 3 only race, followed by a cat 2/3 race in the afternoon.

Nic Rowe reports back from the race:

With weather warnings predicting snow and almost sub zero temperatures, the day started early with the 3rd cat Wheelers team consisting of seven layered-up racers and one (brave) bare legged Neil Grunshaw. As we assembled in the Dunsfold Village hall, we listened to the chief comm offer the chance to “skip this one and forward our entry fees to another race” if we didn’t want to race in the extreme conditions. No drop outs were forthcoming and we finished off our pre-race bananas and headed out into the cold. This was my first race at Dunsfold, but having previously volunteered as a driver for the stage race last year, I knew to expect a fast-pace lively race with plenty of action.
In the first few laps there were lots of attacks off the front from all teams. The most memorable being from Paceline, Twickenham and Addiscombe but nothing really stuck. We took our turn when Neil and I managed to pass round the outside on the rolling straight but after a few corners we realised it would be too hard for just the two of us to keep that distance off the group. There were evidently some strong riders playing chase from the word go, so this pattern continued for the first half of the race until the dreaded forecast came true. We had rain, snow, sleet, hail and little bits of sunshine at points. I thought about giving up a handful of times (lack of vision and grip concerns) but thankfully the weather began to behave itself and the roads stayed manageable.
During the second half of the eight laps I managed to spot two riders off the front that had a decent space between them. Having discussed using other racers as ‘stepping stones’ in a break away at the racers evening at The Lamb last month, this seemed like a good opportunity to exercise this theory. And it worked. Catching the first man was easy and he comfortably lead me to the second. At this point we had a quick discussion about working together and we began taking turns on the front and we slowly increased the gap. However we were quickly down to two and my final helper refused to do more than 30 seconds on the front.
But as I felt good I persevered and was told that eventually we had 36 seconds on the bunch which lasted two laps. I was however unaware that there was a split at this point in the main field so when I was caught it was by 15 riders including fellow Wheeler Tom Herbert. Thinking that if the 15 of us could keep the pressure on then this could be the perfect finish, but we soon increased in numbers until the main group came back together for the last two laps.
But we weren’t finished just yet! With all eight wheelers still floating in the front half of the peloton it was time for Neil’s solo hero move. Launching a TT special, he easily passed the front man on the final lap and managed to a form a gap that looked promising. So the remaining Wheelers played the blocking game (much to the annoyance of the peloton) by slowly forming a three man wall consisting of myself, Joe and Tom across the front. Sadly he was caught at the top of the final (horrible) hill just before the finish. It could have been a monster finish, but sadly it wasn’t meant to be. I managed to scrape 18th, which I’m happy with and I think the clubs performance overall shows promise for future races. Chapeau to all! 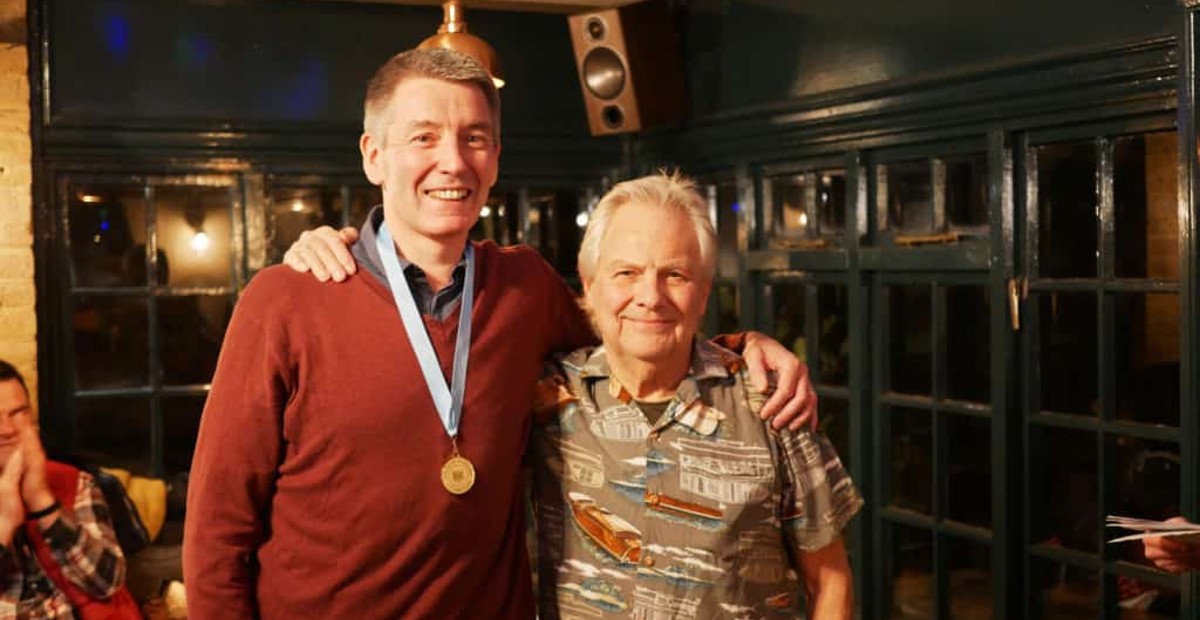 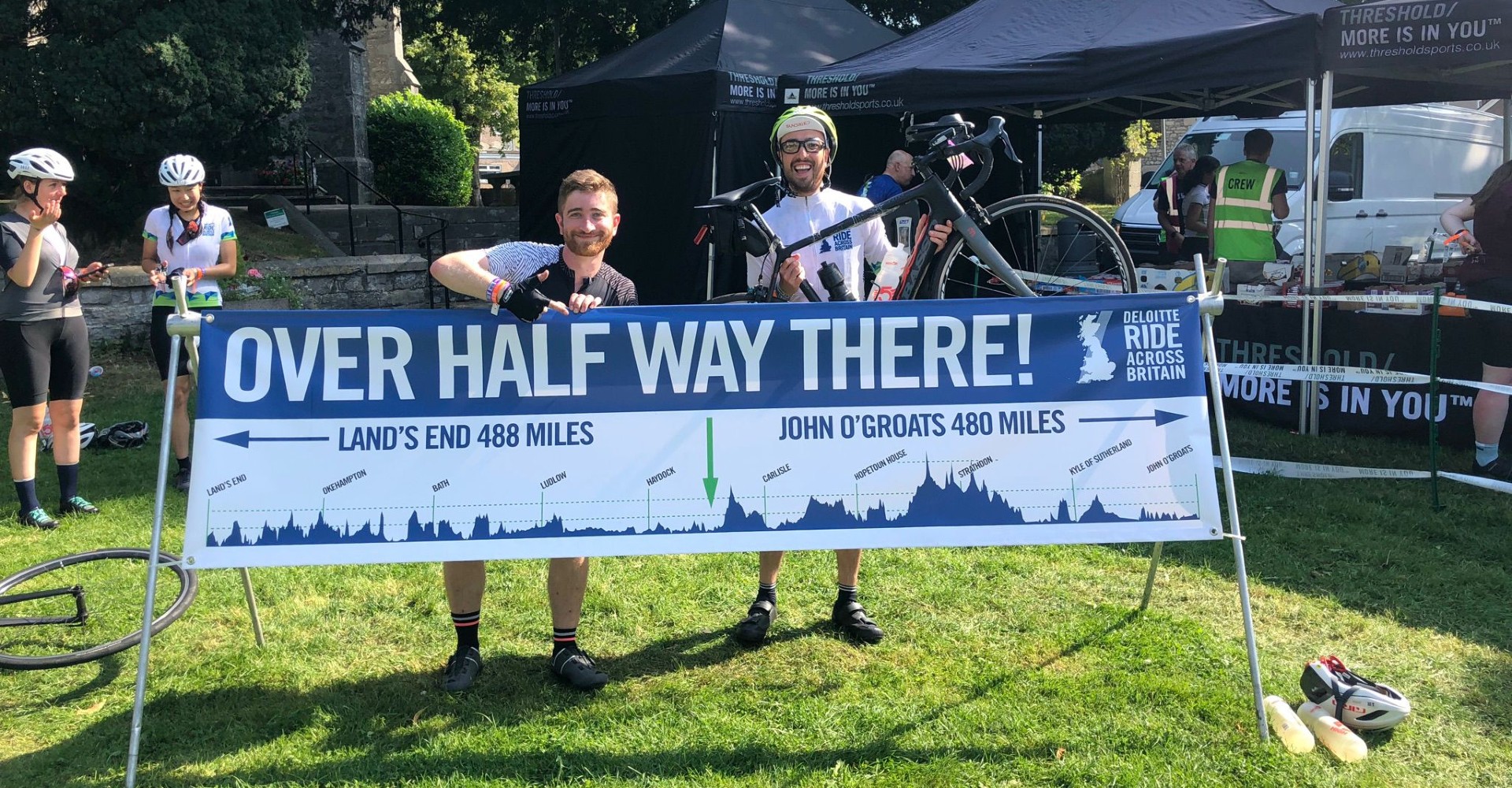 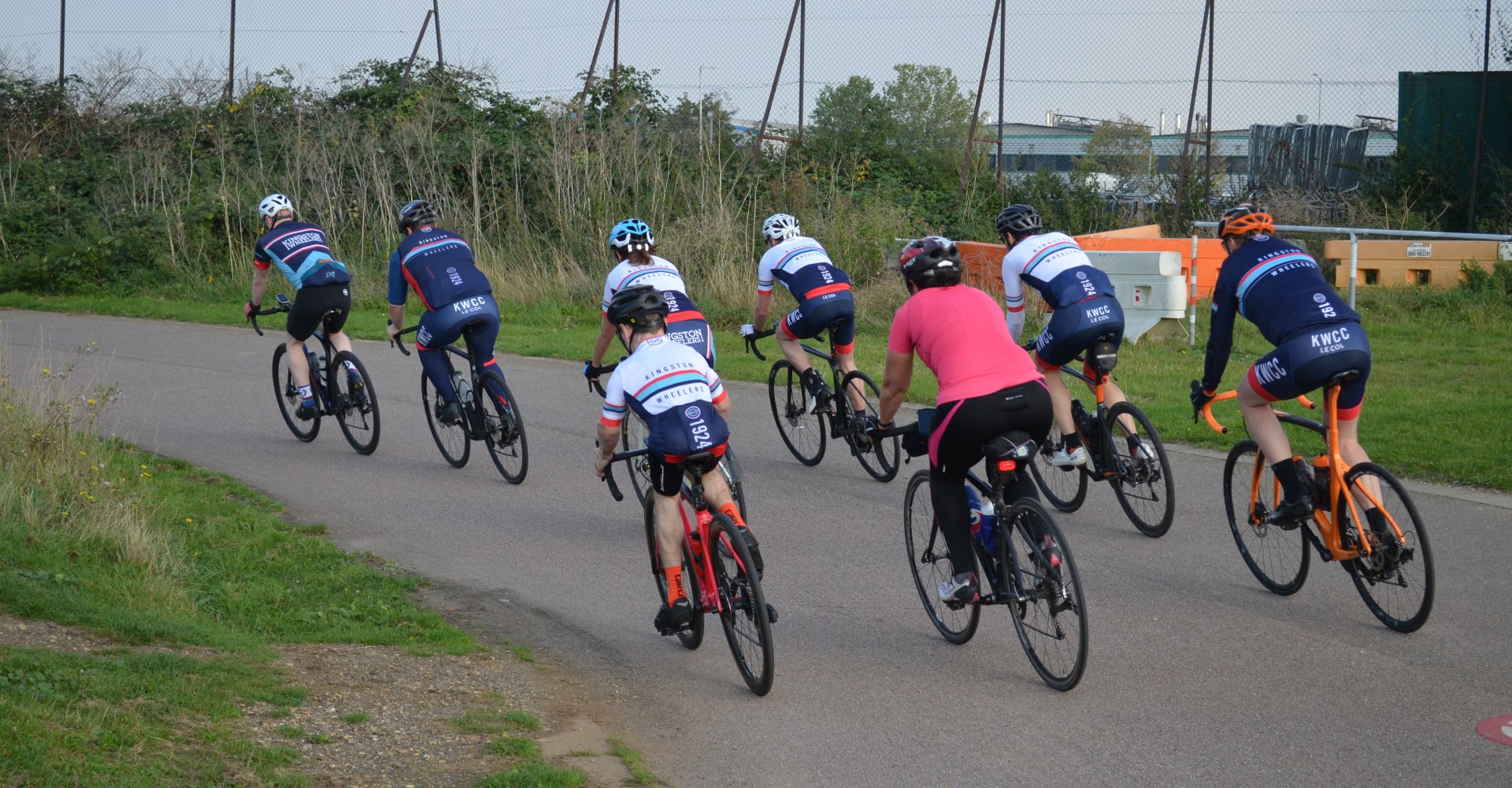