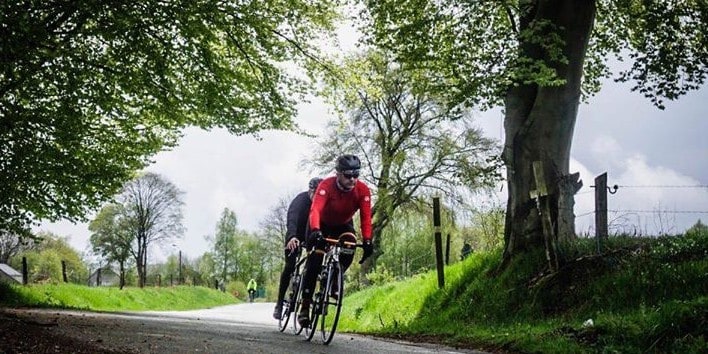 A day to remember in the Ardennes

Who would be mad enough to do Liege-Bastogne-Liege six times? Phil Barella recounts his experience from yet another ride in the Ardennes…
“6th year in the hot seat and the ride for the proper “classics hardnut”. That was what I was thinking when I finally got the guts together to sign up again. I mean I could do the middle distance as I did in 2016, but that’s not really enough, right…
Anyway the plan was hatched. Mr Bidwell had the A-team truck ready for up to 6 people, and I was confident after another decent winter/ early spring of getting round the surrey hills without burping a lung up. We had a good bunch including former Wheeler Keith and a friend of Noel, but only 5 in the van. The Bunnell brothers Harry and Tim were late to the party and Seb and his mate Chris announced their interest soon after Harry.
The usual preamble involved monitoring the weather and it was looking bearable, but as per usual during the week before, temperatures were fluctuating, wind speed was picking up (juicy headwind for the 105km run into Bastogne) and rainfall was guaranteed, marvellous…. On the morning of meeting we all had a quick chat about expectations. I did my usual thing around just saying about getting round. The others had a look of interest/fear…
The big thing with Liege is it’s not really flat, anywhere, as Adam put it, “it’s a slog but you do get chances to recover”, the issue would be with the temperatures being so low, that you’ll possibly drop your core temperatures too low, in the case of the longer descents. Good gloves and wind/waterproof layers were a must.
This year also brought some of the lesser known, but classic climbs back. The Stockeau, Wanne and the Haute Levee were back on the menu, replacing three other climbs in the mid-section of the ride. The Stockeau is a sod, a 1km drag up and over a very nearly pointless climb as all you do is drop down the other side then head to the Haute levee straight away afterwards. It also has a very unusual plaque of Eddy Merckx, which represents one of his favourite places to attack in the race when he used to win it. With it going up to 20% in two places, it wouldn’t be easy to hold the wheel if someone jumped there….
The rest of the route was shorter, with the two last climbs being the steady Cote des Forges and the tough Cote de la Roche-aux-Faucons, before a steady drop into Liege. Which meant I missed my nemesis, the old Italian climb of St Nicholas and the crazy people around there shouting at you whilst you lumber up it. That clipped around 7k off the end. So it should be easier….
After euro tunnelling and warping time and space in the Wheeler Wagon, we got to Liege and the Hotel earlier than expected after a quick food stop then a shop for essentials (read that as beers and bananas). We got our gear and bikes up to the hotel rooms, and then sorted out our entries, by travelling over to the hall where you pick up the stuff you need for the ride.
Quite a few stalls were there, and there were some bargains but as per usual I packed plenty for the weekend, so I was ok. Got back to the Hotel, and then set about looking for food for the evening.
After a lap around the block we settled for a bar/light bites for some food. We were expecting a little more, as the following days activities would probably burn 6500-7500 calories. Still, we had some extra food and then slept until around 5am, ready to depart early doors, to hopefully beat the rush. Watched the film Carlito’s Way as a build up to the ride…
Come the morning and the usual restless relatively sleep free night, I got up and got prepped. Bib shorts knee warmers, two pairs of socks, base layer, jersey, gabba, etc. Ate a couple of bananas and loaded the pockets up with some bars and filled my 2 bottles up with a salt tab and a couple of vitamin tabs as well. Pumped the tyres up to the right pressure for the conditions, and then met the others outside. Keith had a lay in as he was doing the middle distance.
We got to the start around 5:50 am and then waited for the start signal and got going. Immediately the rain started getting heavier, and we made our way to the first climb, in various groups. 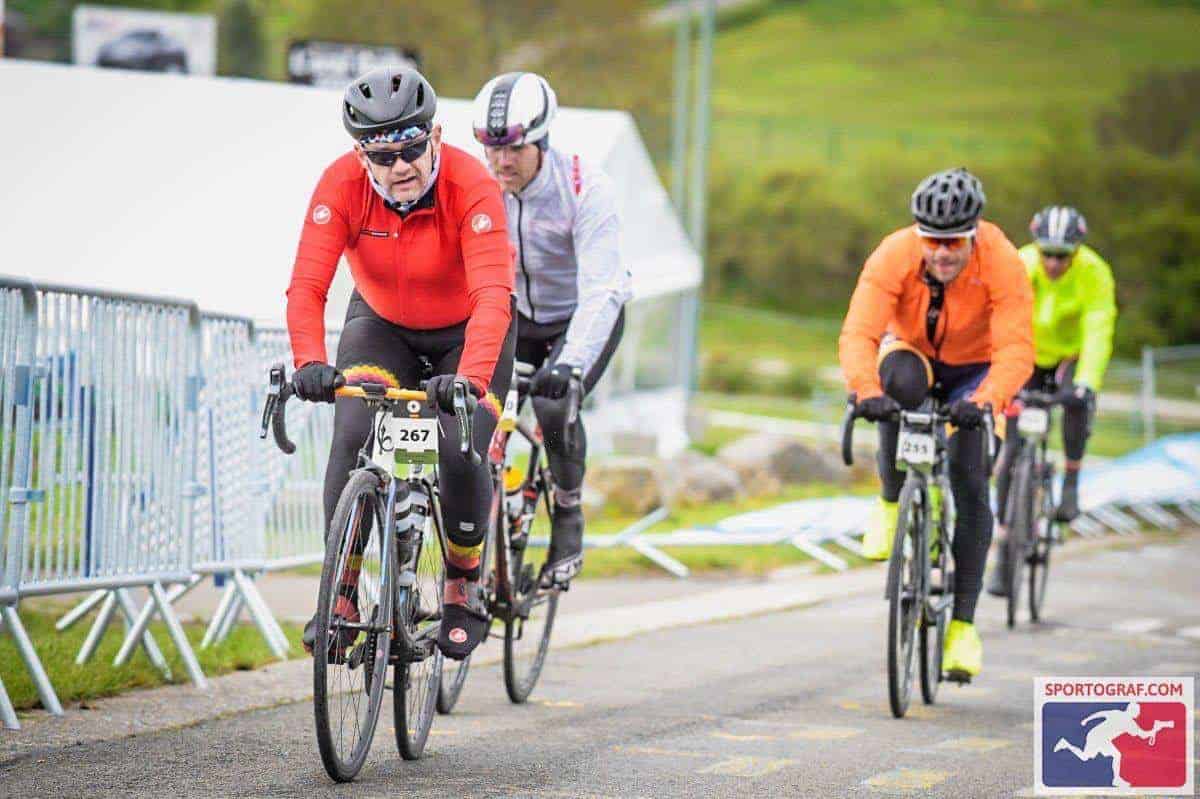