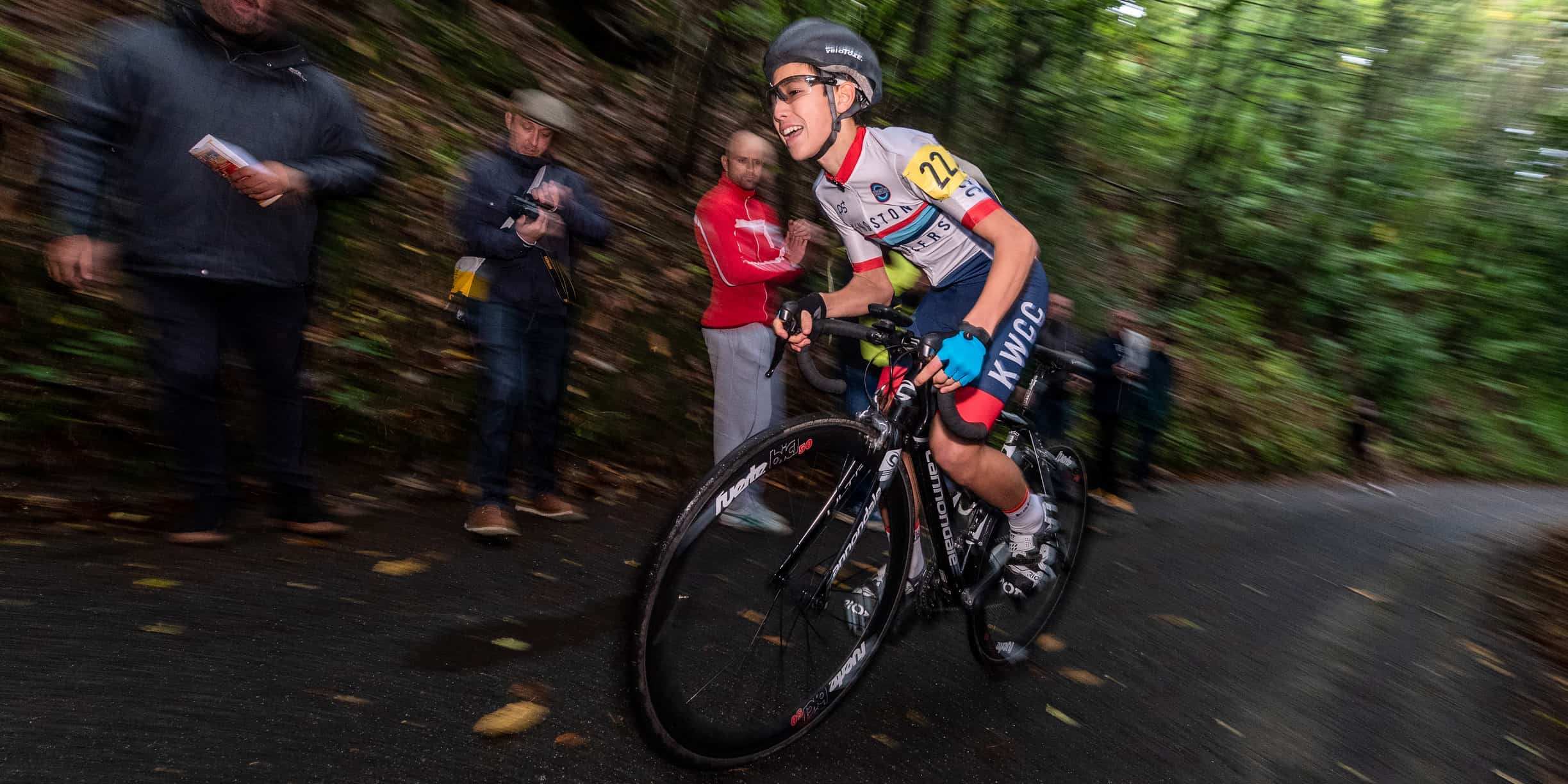 A Weekend of Hill Climbs

Not many people are mad enough to do one hill climb in a weekend, let alone the Catford & Bec double. Rarely seen off his bike, junior racer Jack Hartrey reports back from a weekend fighting against gravity.

“The short, but intense, hill climb season is currently in full swing. It may only be a brief season (September to October), but with the extent of suffering, numerous pain-faces on display, and enthusiastic spectators on the roadside, what’s not to love? This year I decided to give cyclo-cross a miss to focus more on hill climbs. With a number of events in the bag over the past few weeks, including KW’s own John Bornhoft memorial (on Leith hill) and CC Basingstoke’s Holybourne Hill, last weekend it was time for the infamous Catford and Bec climbs.

Having never previously ridden Yorks Hill (Catford HC) or White Lane (Bec HC), I decided to cycle out and ride the climbs as a recce the weekend before. After I reached the top of Yorks Hill, I certainly knew that it was a tough climb. As if the two sections where the road pitches up to 25% weren’t bad enough, the road was wet and covered with leaves and debris. It was clearly going to be a brutal hill – no doubt about that – with little respite in the gradient. As I rode up White Lane, I noted that the gradient was slightly less severe than Yorks Hill, but was still no sitter. I could imagine, especially after doing Yorks Hill in the morning, that White Lane would still be a nasty sting in the legs.

I predicted that the Catford hill climb would take me around 2 minutes and 45 seconds, and that the Bec climb would take me a similar amount of time. I had worked this out based on a similarly matched rider, who had ridden the climbs back in 2016. This knowledge, coupled with the fact that I had a good idea about how much power I could sustain for the duration, held me in good stead for the upcoming events.
As a warm up for Catford and Bec on the Sunday, I rode the East Sussex CA hill climb (on Firle Beacon) on Saturday morning. I had last ridden this event in 2017 and this year I managed to take just over a minute off my previous time (despite a puncture half way up). This length climb (around 5 minutes) is my preferred duration of climb. Personally, I have found that the slightly longer efforts require more of a degree of pacing and this suits my rider profile (as endurance is tied in with high intensity). In events of this length, if you go off too hard it can be too late to recover, as I am sure that riders who have shot off the start line over-zealously will know too well!

On to the main hill climbs for the weekend…

The Catford HC, the oldest continuing bike race in the world, took place on the morning of Sunday 13th October. It was by far the most prestigious hill climb I’d ridden to date, with 150 competitors. As soon as I arrived, I was aware of the magnitude of the event and a row of spectators on either side of the road had assembled by the time the first rider had started. After my usual pre-race routine, I made my way to the start and was ready for the pain that was to come. I set off hard but measured, and by the time I reached the final steep section, I rode out of the saddle and was very welcome of the crowds spurring me on to the finish. The atmosphere on the narrow, sheltered road was electric and the sensation of riding through a funnel of spectators helped to eke out an extra few watts. I managed to hold a steady power throughout and my time of 2 minutes and 43 seconds was just inside my target time.

After lunch and a short drive, it was time for the Bec HC.

My expectations for Bec were similar to Catford and I was aiming to hold an even power. In comparison to Catford, Bec is less steep but arguably less forgiving, with a marginally higher average gradient. The atmosphere was equally as exhilarating as Catford and it was great to see lots of spectators lining the course. I was aware that I was not quite as fresh as in the morning, but as I began my effort, I just tried to hold on to what I could. Despite the suffering, I made it to the final section and was appreciative of the buzzing atmosphere to help me reach the line. My power was around 10 watts down than on Catford, but I think that is to be expected due to the intensity of these HC’s. However, I still managed to post a respectable time of 2 minutes and 41 seconds, which was similar to what I predicted prior to the event.

To conclude, I thought that the weekend of hill climbing was great. The atmosphere, camaraderie, and satisfaction upon completion, makes the suffering worth it. Upon reflection, I think I preferred Catford due to the devilishly steep section towards the end of the climb, which is where the crowd is mostly situated. For next year, I would love to return to hill climbing and these events in particular. My targets for Catford and Bec would be around the 2 and a half minute mark.

Finally, I would highly recommend taking up hill climbing next season. As already mentioned, the atmosphere is thrilling and the buzz you receive from pushing yourself to your absolute maximum is truly worthwhile.” 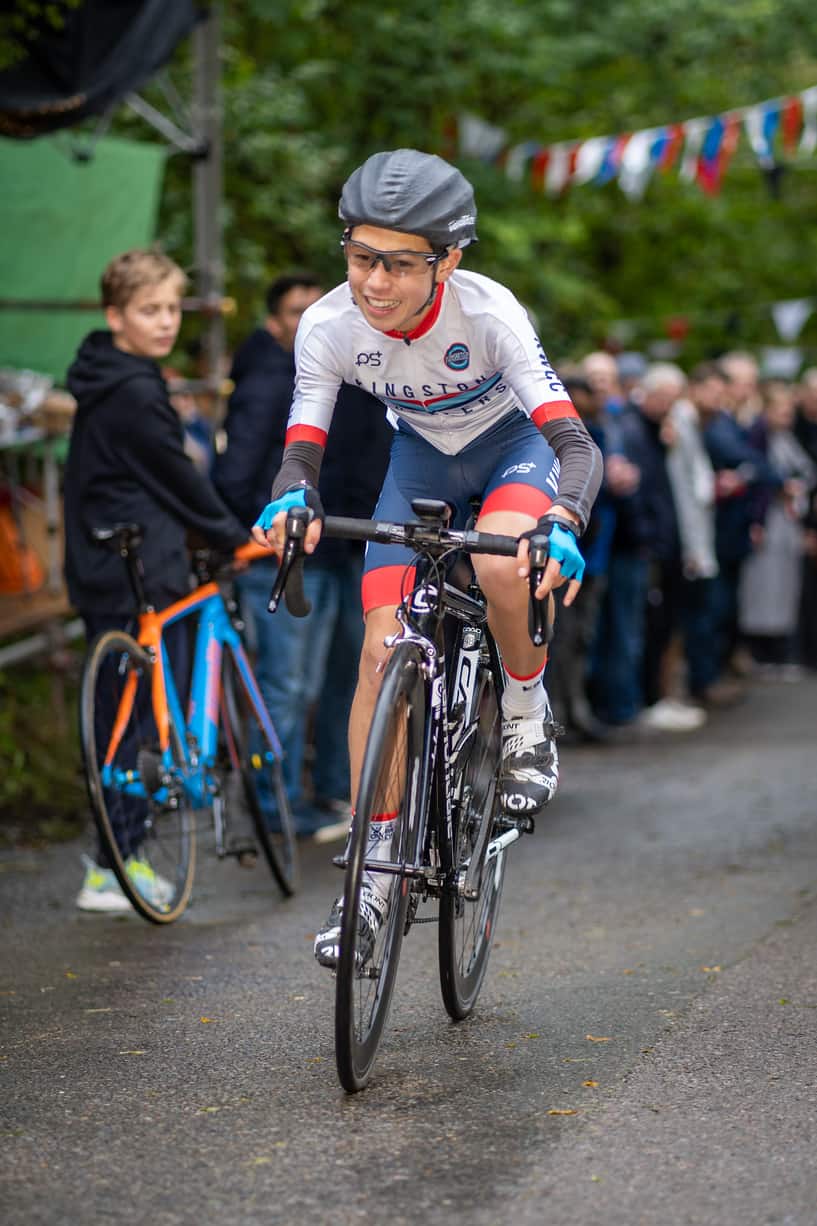 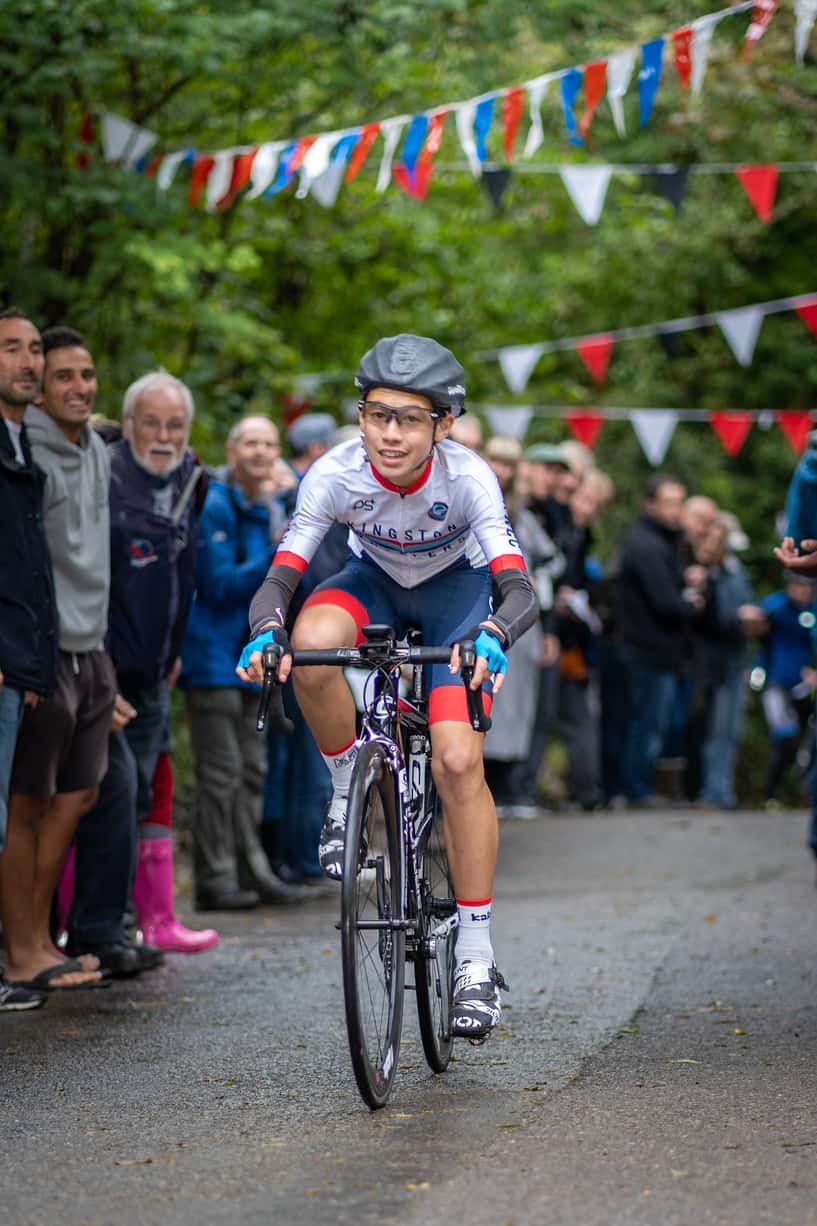 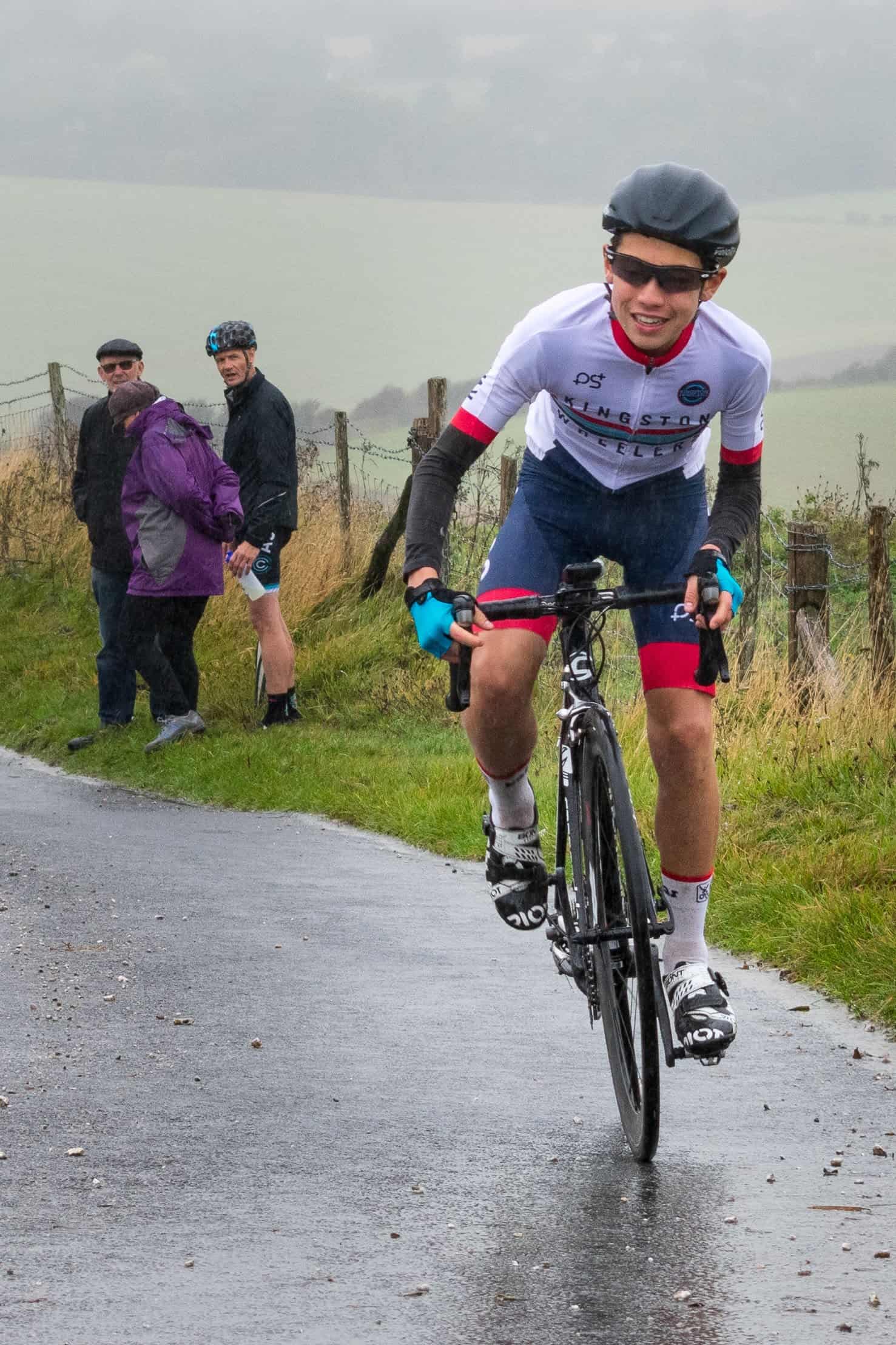 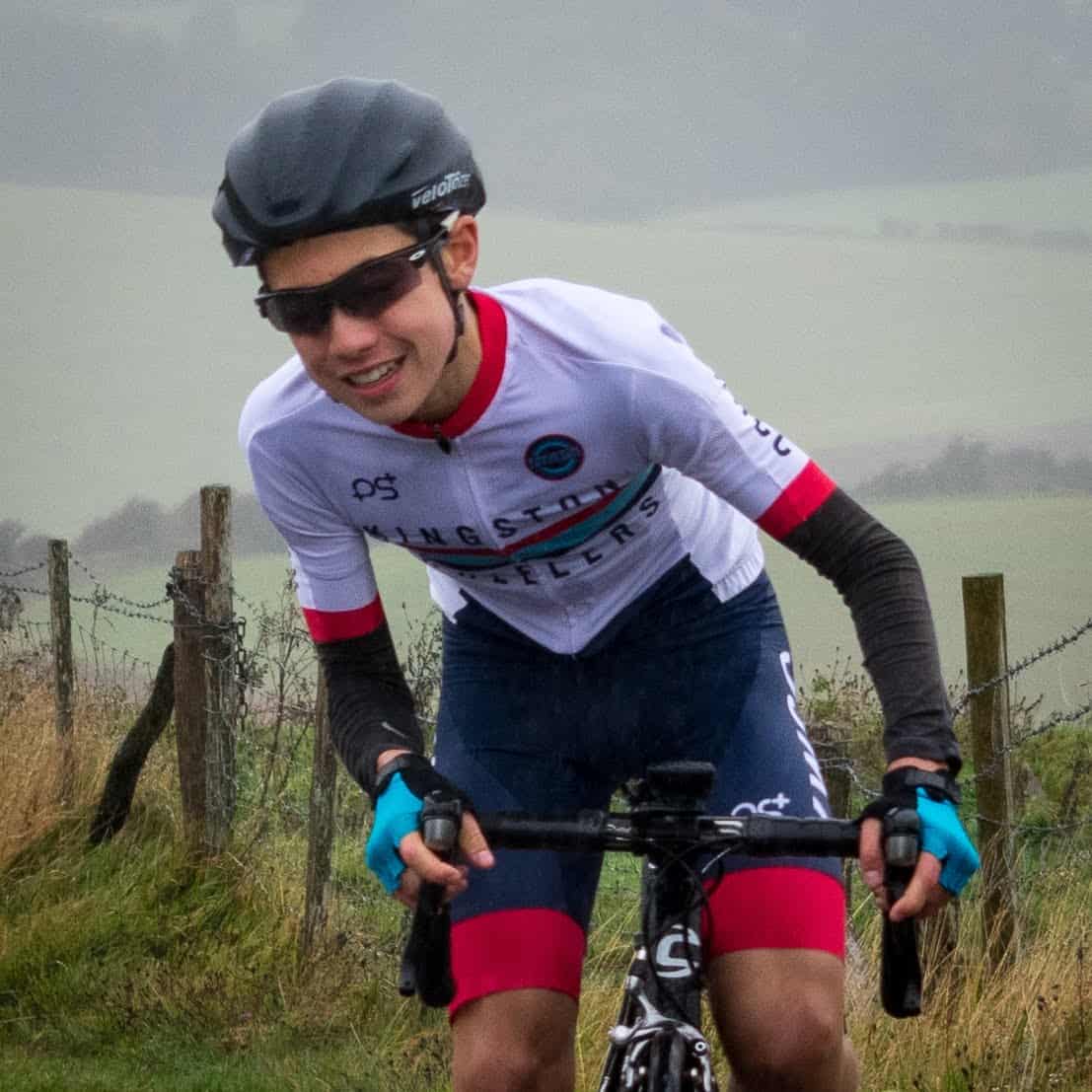 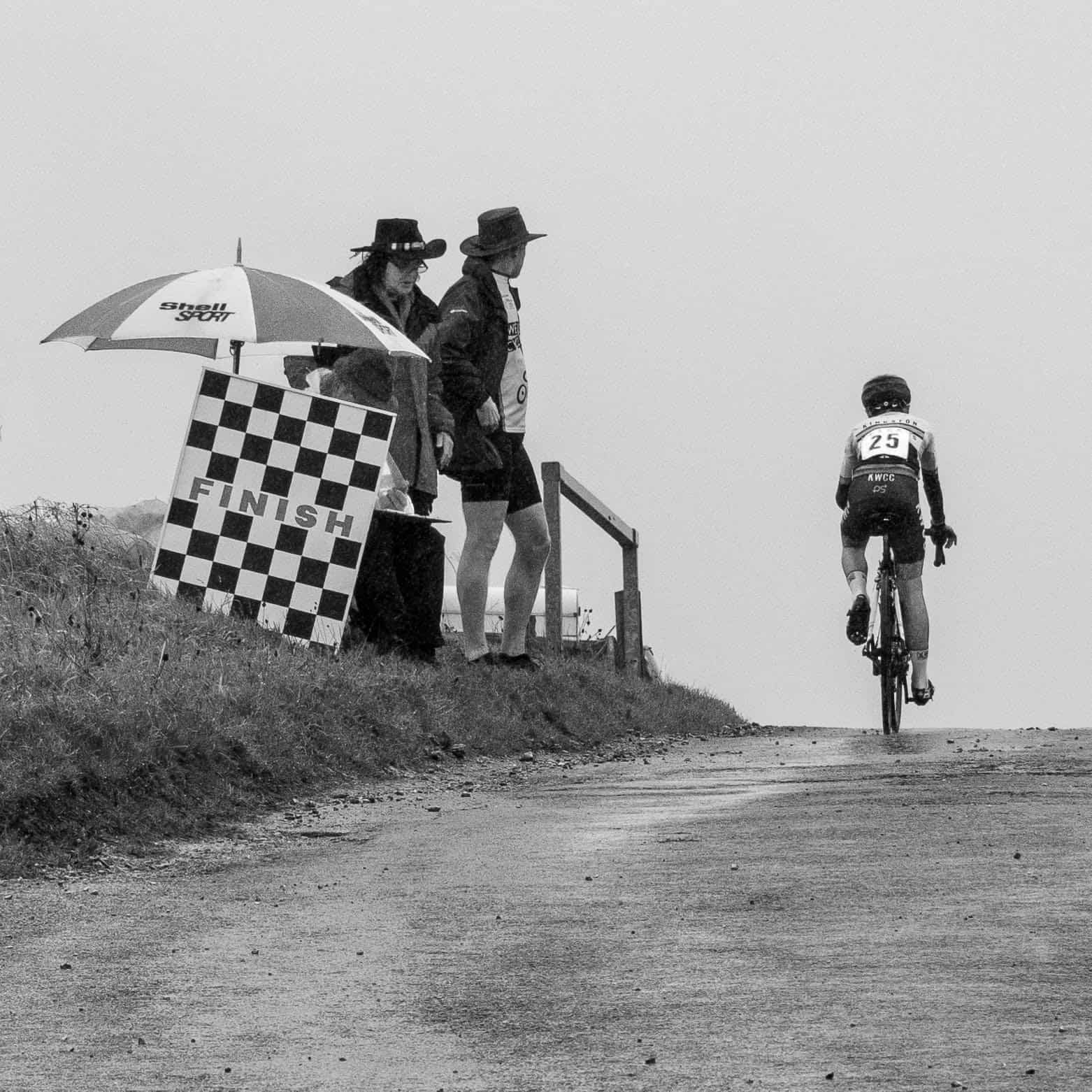