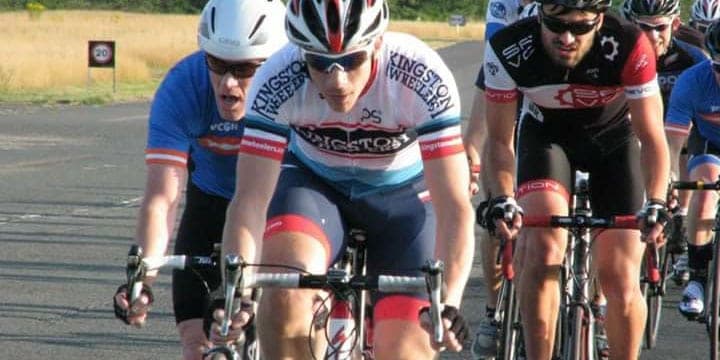 Phil Barella, our racing secretary, asked me to do a write-up of my first foray into racing, writes Ben Speller. It’s not intended to be a definitive guide and a lot of it might be total rubbish! It’s just the conclusions I came to on my own from the minimal experience I have gained over three races and a couple of accreditation days.
I guess the seed of the idea to start racing was planted a way back, but my focus on other goals meant that it took me a while to actually put things into motion. I can certainly say that if I hadn’t joined the club I wouldn’t have taken the plunge; it’s good to have people around you who race already to encourage you, and to measure yourself against.
Additionally I made a couple of cycling New Year’s resolutions this year, one of which was to try road racing and once I’d done Liege-Bastogne-Liege I felt like I didn’t want to waste the early season fitness I had developed for it. I booked the first of the two accreditation days required for racing in the Surrey Leagues at Hillingdon; the day was run by Prime Coaching and was really useful despite there being a wide range of abilities there. As well as acquiring some cornering and sprinting know-how I learned how much fun it is to race in the 5-lap practice race at the end of the session. I won in a sprint from a breakaway of 6 or 7 and that was it, I was hooked!
I did the second accreditation at Cyclopark as soon as I could; it’s run by British Cycling and gave me further valuable insight into racing techniques and also some experience cornering on a much tighter circuit than Hillingdon, including learning the point at which I’d pedal strike when leaning the bike; very useful! I then began to look at what events were on, deciding that Dunsfold was the easiest to get to from the available Cat 4 races. I was also told it was a good course for beginners as it’s very wide and flat with no ‘proper’ corners. 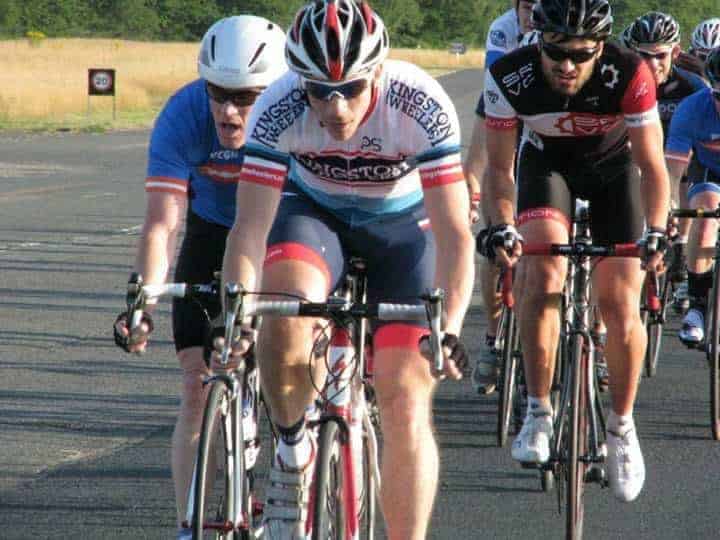 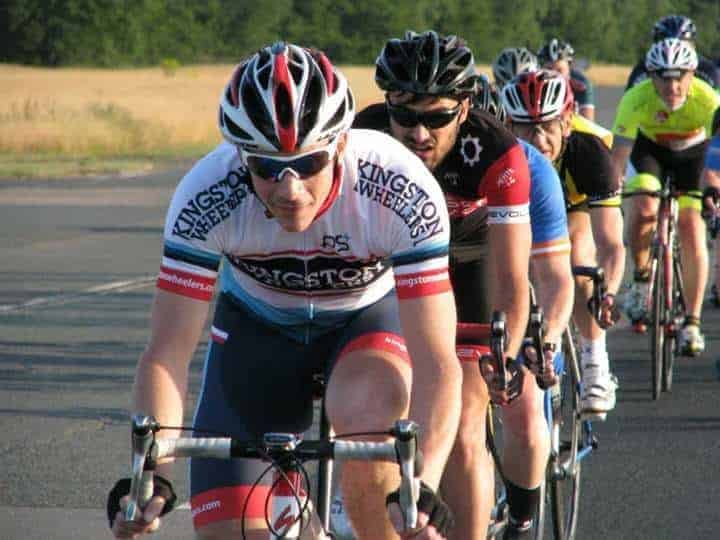 It was great to get the win and the points to move up to Cat 3 obviously, but I think the most satisfying thing was that I managed to put what I’d learned into practice.
Also I’d like to highlight for any other aspiring racers that all the racing, the commuting, and the weekend training rides leading up to this were all done on my “iron horse”, a 3 year old Specialized ‘endurance geometry’ bike which cost £800 new and is still running the Tiagra groupset. I will confess that I borrowed a pair of deep section rims from a friend for the last race, but I’d say that was more of a luxury than a necessity and didn’t cost anything. 🙂 So you don’t need loads of expensive kit to get into racing, just a well maintained bike, a bit of hard work and a competitive streak! 🙂
It just remains to say thanks to the people who encouraged me and helped me out with advice, kit, my lucky gel, and company on training rides. Oh and also to mention that I seem to be getting some serious peer pressure to shave my legs now, so any advice on products and techniques such as where to stop shaving to avoid the “hair shorts” look would be gratefully received!
Cheers and happy racing!
Ben.