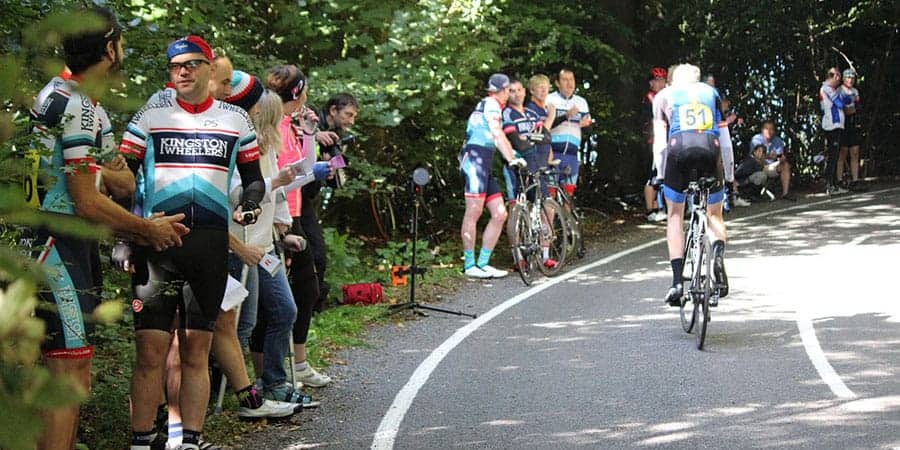 The annual Kingston Wheelers Hill Climb took place on Saturday 27th September on Leith Hill. Alex Woods took the reigns for the first time as organiser and although he couldn’t make it on the day, he managed to secure some extra prizes thanks to insider contacts at Vulpine and Canyon. Once again Dominic Trevett produced an excellent event poster, which was framed and presented to winners. The Hill Climb is a great opportunity for clubmates to come together, enjoy some excellent cake and cheer on the racers on Cowbell Corner. Thanks to everyone who volunteered and came down to support. Reigning champ Tevjan Pettinger wasn’t riding this year, so most people had NFTO rider (and ex-Wheeler) Ed Bradbury as favourite for the men’s competition, with Maryka looking to make it another win for in the women’s competition. 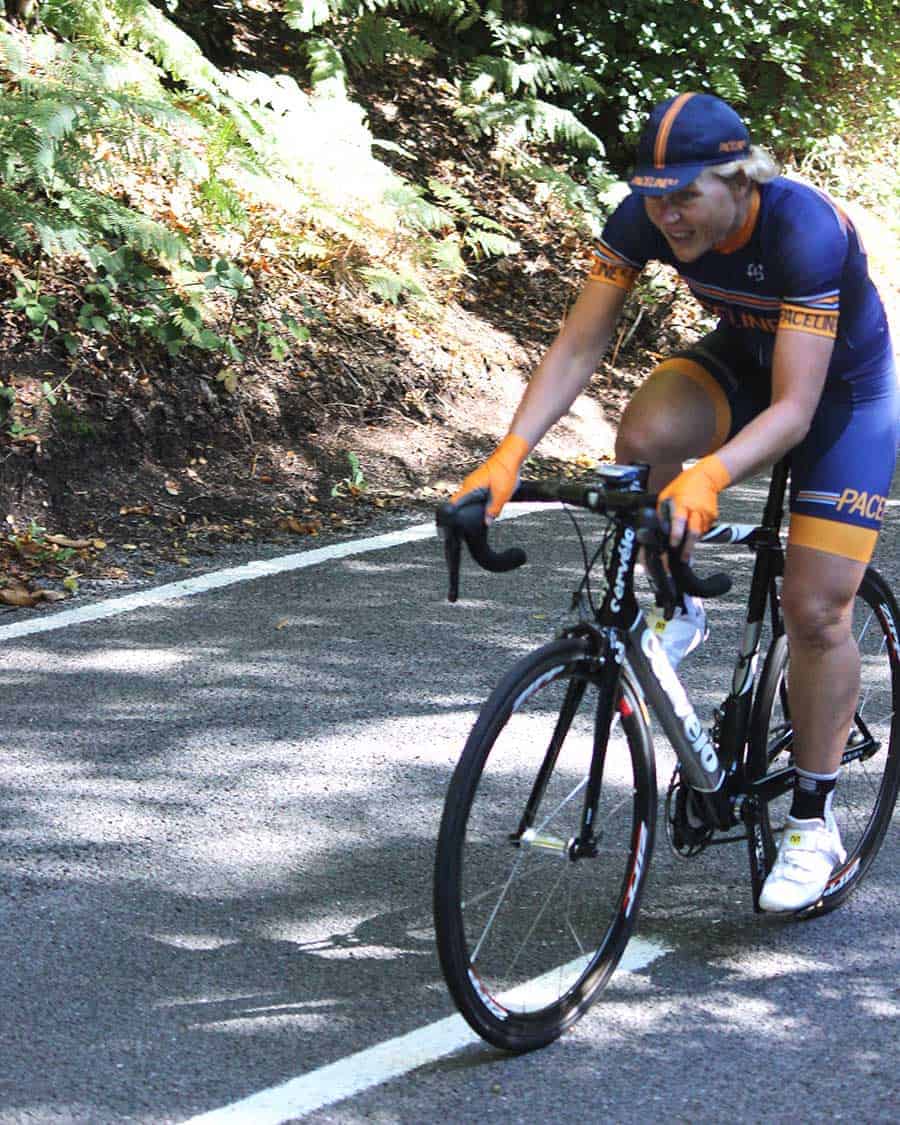 I was pleased to win the Hill Climb again as I’ve now done it five times (only missing it the year Otter was born) and never been defeated! Racing on a ‘local’ climb means you get to recce it properly and get some course-specific interval training done without having to travel far. It also means you get to ride the road the other 11 months of the year and marvel at how slowly you go compared to race day. This year the course had been chipped and sealed which was good in that the potholes had gone, but I think the surface itself was a bit slower overall. The northeasterly breeze rather than the usual southwest tailwind didn’t help to make times speedy either, and I was a few seconds off my course record from 2014 despite riding with lighter wheels and better average power. Still, a sea of familiar faces and jerseys at Cowbell Corner made for an enjoyable experience and it was great to see the women’s prizes on par with the men’s this year.

Does anyone actually enjoy a hill climb? That’s the question I ask myself each year before embarking on the four and a bit minute lung bursting effort up Leith Hill. Having ridden the Hill Climb three years running, it’s become something of a season highlight, marking the end of summer and an opportunity to test fitness after a season of racing. Nothing quite prepares you for the pain you go through, it’s the longest four minutes of suffering on a bike. After a relaxed warm up, the nerves start to build as you assemble at the start, waiting for your turn to be pushed off. From the off the main concern is making sure you’re in the right gear, but you soon hit the first 10% ramp around 10 seconds in and then go into the red for the rest of the climb. It eases off before kicking again, but the crowd of Wheelers cheering at Cowbell Corner give a great boost as you hit one of the toughest points of the climb. It’s easy to get carried away with the support and put in a big effort for the crowd, but careful, there’s still a long drag up to the finish! Many riders topple over at the top and it’s a fight to breathe again for minutes after crossing the line. I recorded my worst time this year… blamed on a cold and two many ales the night before, but I’ll be back next year for the elusive 4:00.